Drug possession is the crime of having one or more illegal drugs in one’s possession, either for personal use, distribution, sale or otherwise. Illegal drugs fall into different categories and sentences vary depending on the amount, type of drug, circumstances, and jurisdiction.

Jail or prison time is also possible when a person is convicted of possession of a controlled substance. Jail sentences range widely depending on the crime charged, the type of drugs involved, and the state’s laws, but can range from a few days or weeks to 10 years or more in prison.

Certain illicit drugs, such as cocaine and methamphetamine, are restricted at both the federal and state level. This includes the manufacturing, cultivation, trafficking, distribution and possession of these substances.

Under Proposition 47, possession of controlled substances for personal use, deemed “simple possession,” is classified as a misdemeanor offense, punishable by up to one year in county jail, community services, and/or a fine of up to $1,000.

In general, first time misdemeanor drug possession charges are punishable by one year in jail and up to a $1,000 fine. How long you actually spend in jail for possession of drugs in California depends on a number of things, including: If you are charged with “simple possession”.

Drug possession is generally charged as a misdemeanor in California. However, there are certain situations where alleged possession of controlled substances can lead to felony charges.

Justice Law Partners Inc and Justin Rodriguez specialize in a wide range of legal matters and are particularly active in the cities listed below. 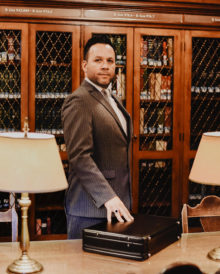